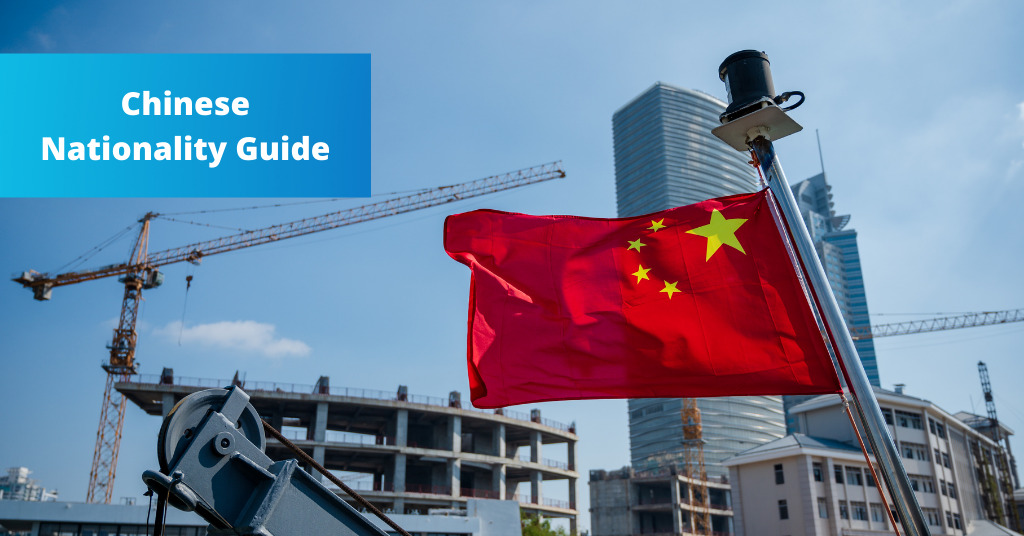 If you are interested in getting permanent residence in China and are interested to know about Chinese nationality or citizenship, you are already at the right place. Just continue to read!

Any person born in China with stateless parents or of uncertain nationality and has settled in China is entitled to Chinese nationality. Foreign nationals or stateless people who are ready to comply with China’s Constitution and laws and meet one of the following criteria may be naturalized if their applications are approved:

Except for the conditions specified in Article 9, individuals who desire to obtain, renounce, or regain Chinese nationality must undergo the application process. Persons under 18 may have their applications filed on their behalf by their parents or other legal agents.

Nationality applications at home will be processed by the public security bureaus of the municipalities or counties where the applicants live. In contrast, applications abroad will be handled by China’s diplomatic representation agencies and consular posts.

Before enacting this Law, the nationality status of persons who earned or lost Chinese nationality was preserved. This Law shall take effect on the day of its promulgation.

Chinese nationality law is mostly based on jus sanguinis (“right of blood”). Most Chinese nationals were granted PRC citizenship. In principle, if a person is born in China, they are Chinese citizens if at least one parent is Chinese. Both parents are settled in China and are stateless or of “uncertain” nationality.

A person who retains foreign nationality or is born abroad with at least one Chinese citizen parent has Chinese citizenship if that parent has not “settled” in another nation. The phrase “settled” usually refers to the Chinese citizen’s parent’s permanent residency in the country in question—a person born outside of China, including those with a Chinese parent(s).

The notion of jus sanguinis underpins Chinese citizenship (right of blood). China does not recognize dual nationality. However, it is possible to obtain Chinese dual citizenship in extremely limited circumstances.

For example, a person born in China to one Chinese parent and one non-Chinese parent holds Chinese citizenship and may gain another from the other parent.

Despite the importance of Chinese ethnicity to the authorities in the People’s Republic of China, efforts to engage with the Chinese diaspora do not include forging links through dual nationality.

In reality, China does not even allow its emigrants to retain Chinese nationality if they naturalize in another country. In practice, however, this is often of little consequence because China’s laws do not bind other nations, which can go ahead and award Chinese immigrants nationality.

The “processing procedures” are as follows:

Documents proving former Chinese nationality; Other materials are deemed necessary by the processing authority to apply for nationality restoration.

There is no set amount of days for processing applications to reclaim citizenship. While not particular to reacquiring citizenship petitions, the China-based English media website Global Times claims that it will take months for the bureau to decide on the approval of citizenship applications in general.

Within the time limits of this Response, no more information on the length of processing applications could be located among the sources considered by the Research Directorate.

The law permits renunciation of Chinese citizenship upon fulfilling at least one of certain requirements. The requirements are: the person is a near relative of a foreign national. The person has already settled abroad. Moreover, they have other legitimate reasons. State functionaries and military personnel are not permitted to renounce citizenship in China.

How Do I Open a Corporate Bank Account in Australia?

How to Open a Business bank Account in Europe?

Can A Foreigner Open A Business Bank Account in USA?