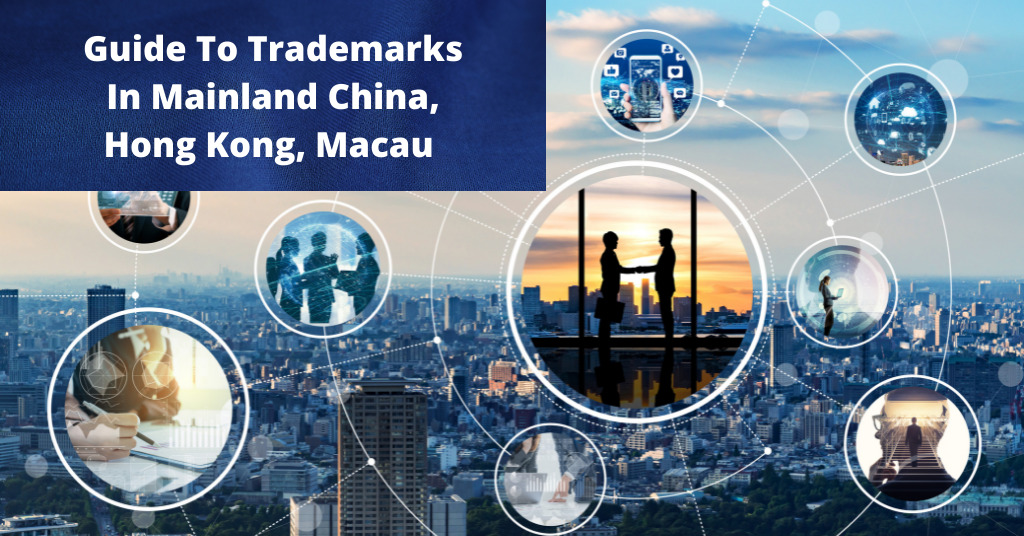 Most of the time, along with Hong Kong, foreign trade companies want to grow their business in mainland China because many things are similar in both countries related to the business environment. And business people know that when you start a new company in any country as a foreigner, you have to consider many things.

Trademarking is the main thing for opening a new company in China, Hong Kong, or the Macau peninsula. Trademark law(s) are different in every country, including China but China has a complex trademark regime that should be known by foreign applicants for sure.

China’s central government allows only those businesses to work there peacefully who had trademarks first, making your company eligible for entry into the Chinese market. Filing for getting a trademark should be foreign investors’ priority before entering china.

Let’s talk about the trademark law in china in detail for complete understanding!

China is strict about its trademark application laws no matter whether you are a famous international brand that doesn’t have to pass the registration process for working in any country. Last December, China made the Samsung company’s branch to get registered for working in the country.

The main reason behind this strictness is that if you pass through the registration process of the trademark application, then China will be able to protect your business image and reputation internationally. It is done to prevent risk related to foreign investors of established brands so no one can use their trademark to get their work done.

Who is responsible for the trademark application process in China?

The trademark application(s) can be submitted to:

For people who don’t have a residency or place in China to live, then you can complete the registration process with the help of a registered agent. One country company can file one application per class of services. After it, submit the list of services for fulfilling the protection requirements.

Documents needed for trademark application process/ registration in the mainland of China:

You should have the following documents to complete the trademark amendment process:

Process of choosing the Chinese name or a translation:

This process has some strategies that are mostly followed by business people when they want to register their trademark. In this case, the foreign business people should be careful because you have to provide the Chinese version or a direct translation to the authorities.

It has the following things which you should consider before:

One thing is the simple and direct translation of any word to a Chinese name. For example, apple computer registration and “Ping Guo” means apple in the Chinese language.

Audi registered with a similar name as ” AO DI,” which is known for its phonetic translation of any Chinese characters.

combination of literal and phonetic translation:

How much time the trademark process takes in China?

The Chinese sovereignty made new policies for trademark laws in 2019, according to which trademark registration takes less time than before. Now, registering the trademark on the mainland takes an average of 15 months, or a year and a half in total.

In this time period, you will exclude the time taken by the applicant for gathering the preliminary info, preparation of documents and filing and collection, etc. Try to add up the time of additional delays accordingly because basic law takes time to process completely.

What are the timelines for China’s trademark registration method?

According to the new policy, there will be a reduction in time and requires only 30 days which was almost 2 months in the past.

If you go for the substantive examination process, it will take some time, almost six months. In this method, your application will go to the next stage of the legislative assembly will reject it and then sends you the notification.

This method is taken up by the fresh trademarks who want to operate their business in China. It takes time from two to four months respectively.

This step of the process is lengthy because of its needs. It publishes the official languages trademark gazette where a further time period of three months starts away. The opposition files to the CTMO if you are a third party.

If no file is charged against a certain trademark, it will register the trademark valid for almost 10 years.

People can register their trademarks and renew them if their expiry is coming soon through the CTMO chief executive council. The renewal process of trademarks typically takes two months.

Fee charges for registering a trademark name in china:

The registration fee is according to the number of goods and services you offer in your business. The CTMO of china charges a fee of RMB 800 in the currency of chine Yuan per application, and it covers only 10 services.

If the number of services increases from 10 per application, you have to pay an additional Chinese Yuan of 100 RMB for each service and good.

Validity of trademark name in china:

China offers the trademark validity for ten years after the complete registration process to attract foreign investors in other imports. Within the subclass clause. You can apply for the renewal of trademarks for ten years once.

After knowing so much detail about China’s mainland, now let’s explore Macau, which is the special administrative region of China located on the southern coast. Macau is situated on the southwestern corner of the pearl river estuary and stands out opposite Hong kong.

Macau is 40 miles away from the hong kong special administrative region on the eastern side of the river. Rivers and lakes surround Macau; that’s why its name’s meaning is the goddess of sailors.

Macau peninsula is joined to the island area through bridges that consist of small granite hills. The natural resources for food are the evergreen tropical forest. Water is gathered when it rains in the region because no man can elevate and permanent rivers don’t exist there.

This is the land with few natural resources, mostly with the collection of raw materials. The weather in this region is hot and humid in summer, and it rains all the time, whether it’s summer or winter.

People who live in Macau are mostly Chinese people and Portuguese ancestry. The Portuguese refer to the small population of Macau. The official language is English. Portuguese passports are used there.

This part of China’s religious affiliation is of those who don’t have a religion to follow. One-sixth part of people is one of them. Other religions include Christians, Roman Catholics, etc.

This land is regarded as a free port where trade is considered vital for living and getting food or basic needs of life. Macau trade offers services to China in Asia along with raw goods. Its imports include textile fabrics and domestic electric generation.

British colony in China offers a lot of things to Macau. It has traded with Hong Kong and has become a member of the general agreement of the world’s organization. Macau international airport was established in 1995 when Portugal changed its status to China. Portugal is not free, but Macau is a free port.

Macau is the Asia Pacific region around East Asia; it has private schools and offers trademark rights to the people working there. Along with the judicial system, an election committee has some special interest groups. The land has noticed the services offered by the Chief executive of china.

You will notice the services on your own once you will enter the china for work. People in politics have to work there for four years as it is their basic law to follow. The juridical system of this land is based on the Portugal system along with the transfer of Chinese services.

Schools have primary and secondary education, which are working with the help of government subsidies. Primary education is important to complete where English or Portuguese language is taught. Universities are also made in this region for the higher education of youngsters.

In this region, Edmund ho sources said that males are more literate than females, which is amazing to listen to. The average life span is 80 years, whereas the birth rate is very low.

The government has constructed low-income housing units for poor people and introduced the social housing scheme with controlled prices. So that people can get it easily with the incomes, they get from the land.

Email address subscription along with services is done in this land for free. Cultural life services are also good according to their rituals. It is a famous tourist spot along with historic places for the people to explore. The world’s heritage designated historic places in 2005.

The trademark ordinance was established in hong kong in 2003, which is effectively working to date. This system works on the applications of the applicants for trademarks and examines whether they should provide it or not.

Every country has an administrative system with special features that make them stand out from the world’s system. Hong Kong has a standard system for trademarking foreigners’ business, which works out very effectively for sure.

The trademark’s design or name can be anything according to the hong kong government, which has made the laws about it. It can be letters, numbers, numerals, colors, sounds, elements, shapes, smells, indications, and designs.

In hong kong, the trademark registry is made through your applications are processed properly. You have to make a proper list of goods and names and required documents to submit them to the authorities.

In hong kong, you have to pay 200 HK dollars per application along with no of good by T1 form, which you have to follow. It has sub-classes in which defensive ones are different from others, and it has a different process.

Every applicant will be given an address for services in hong kong if the authorities accept it. You can apply the electronic system. For this purpose, you have to visit the official website page of the IRD of hong kong.

If your applications meet all the needs of the hong kong authorities, then they will be notified to you after the complete processing. It takes three months from the opposition system. The entire process of the system will take six months which is less compared to China.

Trademark is important to get before operating a new business in any country, which you have to follow no matter whether you are working in China or Macau. It is advised to pass through the complete process to get a legal business certificate in the future.