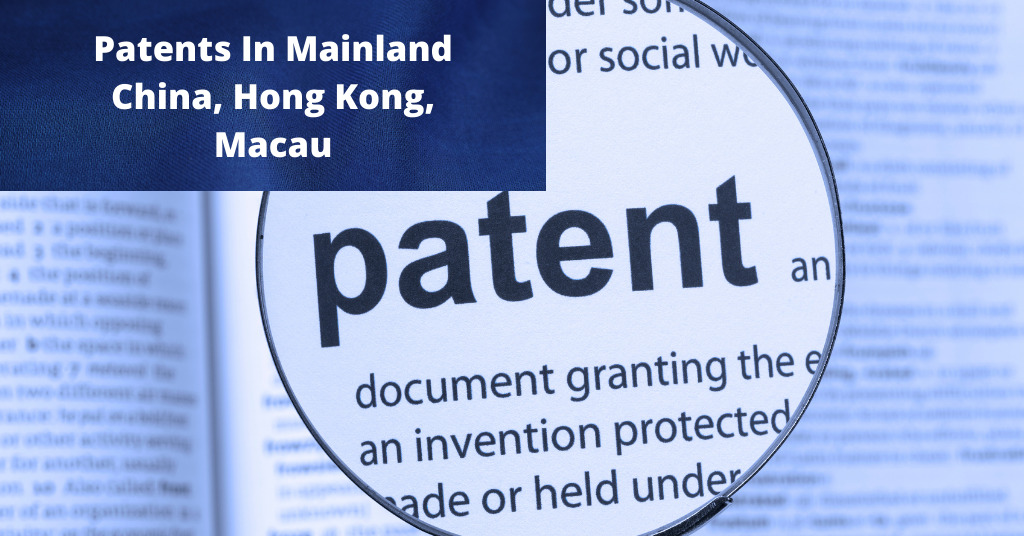 When you launch a new product or any raw materials, you must pass it from an authentic and novel patent law. In addition, different countries have their intellectual property IP rights that prevent other imports from manufacturing the same product.

It concludes that if a company in Australia releases its products and wants them to be protected in Mainland China, they have to register these rights according to the law of China there.

Macau is a special administrative region in Mainland China located near the pearl river estuary. In addition, Macau has Hong Kong administrative region on its eastern side, which is almost 40 miles or 6o km away from it. It comprises an area projected from the province Guangdong and leads to the island Tipai and Coloane.

The history of the development of the Macau special administrative region is fascinating. In 1513 several Portuguese used to visit Macau for trade, and after some years, they settled down in Macau. Later, the Portuguese transformed the Macau region into an East Asia center for Christianity.

In the 18th century, many merchants visited Guangzhou (Cantonese), especially during the trading season from November to July, and established their community in Macau. In the mid-19th century, Hong Kong’s British colony exceeded the trade-in Macau.

In the 1940s, Macau became a neutral territory, and both Chinese and European stayed there. In 1976, the constitution created the legislative assembly, which had the majority of Portuguese in it. However, in March 1984, the Portuguese government dissolved this assembly, and the election committee announced the new elections after some months.

In April 1987, an agreement was made between the Portuguese and Chinese under the basic constitution to return Macau to China. After this agreement in April, the people of Macau got all the rights to live a free life like the Chinese people. Also, the defense and foreign policies were all under the control of China.

Moreover, the people of Portugal living in Macau without Portuguese passports were considered Chinese citizens. Finally, on December 20, 1999, Macau came under the Chinese sovereignty and became a special administrative region. The first chief executive was named Ho Hau Wah (Edmund Ho). He was also reelected as the chief executive in 2004.

Macau peninsula is present near an island connected with the city by bridges. The entire peninsula and island have small hills with a small region that comprises the flatland. Therefore, Macau has a lot of trees and greenery that support delightful weather during summers.

Most of the Macau peninsula population are ethnic Chinese born in China or Macau. However, the people of Portugal and other Asian countries are in the minority. A small portion of the population comprises all kinds of people from the world to do study or business.

The official languages of Macau are Chinese or Cantonese and Portuguese. Some people also know English, and mostly business documentation around the world is done in English. However, the primary language in schools is Chinese, English, and Portuguese.

The majority religion in Macau is Buddish, and some also practice Daoism and Confucianism. However, the Roman Catholics have a minor amount of Christians. Almost one-sixth people of Macau have no religious affiliation.

Most of the labor is employed in the service sectors, and it has a significant contribution to the economy of Macau. Moreover, few natural resources are also present, like fish in the pearl river used for the needs of the local people.

Agriculture has very minimal contribution to the economy, and a few amounts of vegetables are grown in Macau. Some poultry farms provide chicken and eggs. Macau has a famous port that allows several trading, including imports and exports.

Most of the food items and other goods are traded from China which has eliminated tariffs on many goods of Macau. Moreover, a lot of the trade-in in Macau comprises semifinished materials that help make several goods. Therefore, China is the leading partner in the trade with Macau.

In 1989, the authorities changed the currency regulator, the Macau pataca, which is pegged to the Hong Kong dollar. Although tourism is also a significant source of economy, Macau and the Chinese government have worked a lot to attract foreign investors.

In December 1999, when Macau became an administrative region, it came under the authority of the Chinese. China outlined a policy of “one country, two systems” that is very effective for the business of trade in Macau and China.

According to Basic Law, the chief executive works under the jurisdiction of the central government of Beijing. This chief executive then appoints an executive council with around 7 to 11 members.

The legislative assembly consists of 33 members appointed by different committees like “direct popular election,” “indirect election by special-interest groups,” and the chief executive.

The Court of Final Appeal is the central court that has all the rights in the judicial system of Macau. There are also some other courts like the supreme people’s court, the lower court, the intermediate court, and the administrative court that deal with Macau’s general and social issues. A security force is also working in Macao, but the primary defense is under the control of the Beijing government.

Primary education is given in the Chinese language both in schools and universities. But, if there are foreign people who don’t know Chinese, they can study in English or Portuguese. In the 1990s, the University of Macao was established, which is very famous.

What do you mean by patents?

Patents are the exclusive rights that require by every individual new invention. These patents provide a unique identity to the product, method, or process. In addition, these patents give ownership to the manufacturing company, and no other person or company can copy them.

Also, the application must be submitted after manufacturing the product and before releasing the product publicly. For getting a registered patent, all the information regarding the product should be given to the public.

Once you are done registering a patent, your product has all the Intellectual property rights, and no other product can copy it. Depending upon the type of product, each patent has some expiring period. Once this time ends, you have to renew the patent by paying some fees.

Usually, there are three types of patents in Macau. Therefore, Macau patents are different from Mainland China and Australia. These patents are categorized based on the product and where they are issued.

Types of patents in China

According to the patent law in Mainland China, three types of patents are available and are as follows.

Design patents: Design patents are related to developing new technology for a unique visual quality of a manufactured product. Design patents have intellectual property rights valid for only 15 years from the date of application.

Types of patents in Hong Kong

There are two major types of patents available that are as follows.

Standard patent: A standard patent has a renewable time of 20 years, but it can be improved at the end of the third year of applying for a patent.

Short-term patent: A short-term patent has a short renewable time of 8 years. But the patent can be renewed at the end of the fourth year from the time of applying for a patent.

Types of patents in Macau

There are two types of patents in Macau that are similar to those in China.

Invention patents: These patents can be renewed at the end of the third year of applying and have a validity period of only 20 years.

Utility patents: These patents have a short validity period compared to invention patents. They can be renewed at the end of the second year of applying and have a validity period of only ten years.

Macau is an excellent place for business and trading. Macau was given under the control of the Chinese government in 1999. Macau has a unique identity around the world, and this territory requires its individual and special intellectual property rights.

A unique patent will be required to issue a novel product in Macau. These patents provide an individual right to the product that is only their ownership. However, no other product can be given under this patent.