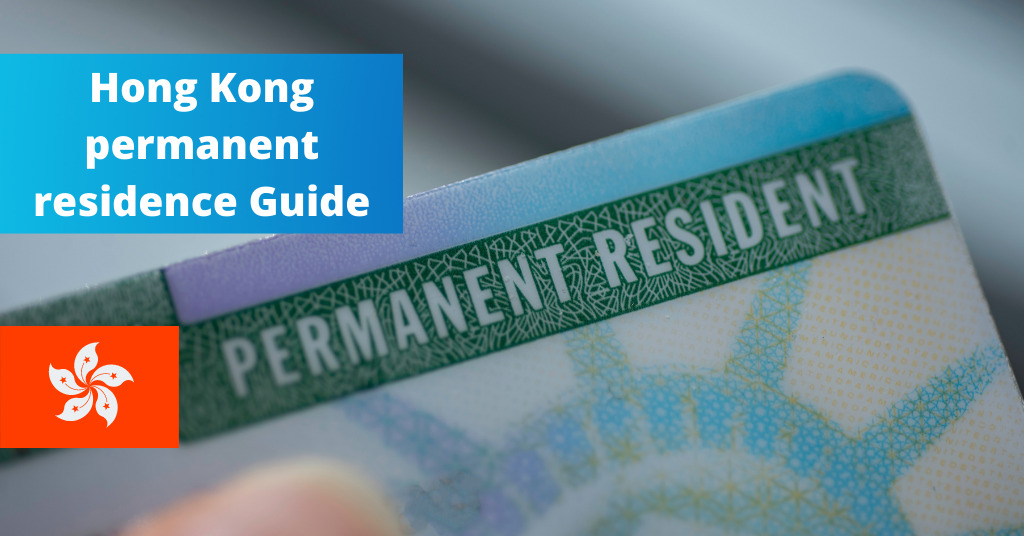 The “Hong Kong Permanent Residency” concept does not exist since the People’s Republic of China relinquished its sovereignty over Hong Kong. However, Hong Kong maintains its highest level of independence and independent legal and financial system. Instead, Mainland China and its citizens are Chinese citizens who have the “right to reside” in Hong Kong.

In the District and Legislative Council elections, Hong Kong permanent residents can have the Right of Abode in Hong Kong with vote right. It is also the de facto citizenship status in Hong Kong because most civil rights are associated with the right of abode.

However, Hong Kong permanent residents are not entitled to a Hong Kong passport or stand for office in some Legislative Council constituencies unless they are also naturalized Chinese nationals. An individual must have been ordinarily resident of Hong Kong lawfully in the country for at least seven years before Hong Kong pr can be considered.

You will access some entitlements and benefits if you are a part of  Hong Kong permanent resident, such as:

All residents aged 11 or above living in Hong Kong for the last 180 days should register for an HKID. And this is as per the Registration of Persons Ordinance (chapter 177 of the Laws of Hong Kong ).

Under the Hong Kong Immigration Department, if a person belongs to one of the following categories, they are a permanent resident of the HKSAR and enjoy the right of abode.

(a) Chinese citizens born in Hong Kong before or after establishing the HKSAR.

(b) A Chinese citizen who had resided ordinarily in Hong Kong continuously for less than seven years after or before the HKSAR establishment.

(c) Chinese nationality born person living outside the Hong Kong after or before HKSAR establishment to parent, who was Chinese citizen at the birth time of respective person falls in one of the categories mentioned above (a or b)

(d) Right of a person by  Permanent residency of the HKSAR has right of abode under category (c) can only be exercised upon the establishment of their status as a permanent resident by holding :

Non-Chinese citizens who entered Hong Kong have valid travel documents and resided ordinarily in Hong Kong for not less than seven years after taking Hong Kong. As their place of Permanent Residence before or after establishing the HKSAR.

One must provide the information the Director of Immigration may reasonably require to determine whether they have the right to reside in Hong Kong only before establishing HKSAR.

One must declare that you have the right to reside in Hong Kong only before establishing HKSAR. If the person is under 21, the declaration must be made by one parent or legal guardian.

A person under 21 born in Hong Kong on or before July 1, 1997, to an HKSAR permanent resident parent under this category is considered a permanent resident. Of HKSAR, if a person has, but in this case, there is no right to reside in any place, including Hong Kong.

Please note that at the age of 21, a person ceases to be a full HKSAR citizen under this category. However, she can apply to the Director of Immigration for a permanent HKSAR position under section (d).

A non-Chinese citizen who was a permanent resident of Hong Kong before July 1, 1997, is a full HKSAR citizen under section (d) above and is exempt from the requirements of less than two and three points in paragraph (d) if The man settled in Hong Kong shortly before July 1, 1997;

After resigning from Hong Kong shortly before July 1, 1997, that person returned to Hong Kong within 18 months from July 1, 1997; but only if he had not been in Hong Kong for fewer than 36 months.

You must be in Hong Kong at the time of application. Foreign applications will not be processed. It will usually take six weeks to process your application once all the supporting documents have been submitted. Still, it may take longer depending on the complexity and number of requirements for foreign nationals applying for permanent residency in Hong Kong.

Company Formation in Ireland for Foreigners in 2022