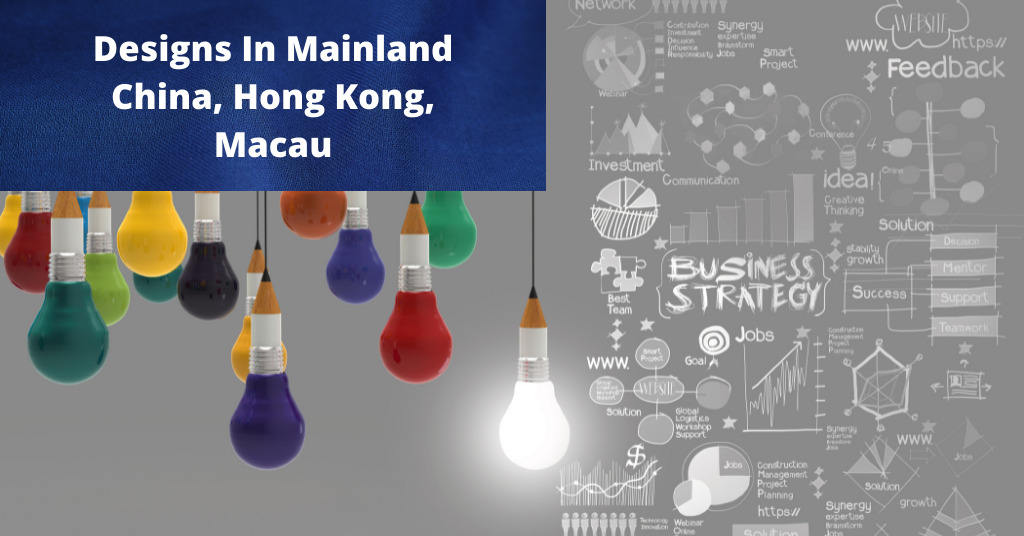 A design logo will be required whenever a new brand or company starts globally. A design of the emblem ensures a unique identity to the product. If there is no design on a product, it will have no identity.

Different countries require different procedures for registering a design. Therefore, registering a design before releasing the product in the market is very important. It will help your product stay unique and prevent other companies from copying your invention.

Whether you are doing business in a north country or Mainland China, you will require a registered design. Mainland China, Hong Kong, and Macau have different procedures for registering a design.

Also, once you are done registering a design, you have renewed it after a specific period. This renewal period is different in different places. Before getting depth into the procedure of documenting a design, we look at the details of the Macao special administrative region.

The Macau special administrative region of Mainland China comprises a large area of islands. The island of Tipai and Coloane are included in Macau. In December 1999, Mainland China held complete control of Macau.

Macau, the administrative region of Mainland China, has a robust history. In the beginning, this state was not under the control of Mainland China. Macau was an island that the primarily Portuguese used for trading.

In 1513, the first Portuguese ship landed in Macau, and then several Portuguese settled down here in Macau. In the beginning, Mainland china refused to take control of the Portuguese. Later, Macau was transformed into an East Asian Christianity center.

In the 17th century, Macau got its first governor, a citizen of Mainland China. In the 18th century, Guangzhou was the only mainland for trading in Mainland China. But, during the season of trade which was from November to June, many merchants were permitted to visit Guangzhou.

In the mid-19th century, the trading rate was increased by the British colony of Hong Kong in Mainland China. In the 1930s and 1940s, Macau became a territory for refugees, and both Chinese and European stayed there.

In 1976, the constitution generated a legislative assembly, and most people were Portuguese in it. However, in March 1984, this assembly was dissolved by the government of the Portuguese. Then the current election committee held the elections after some months.

After a lot of effort, finally, in April 1987, the government of Portugal and Mainland China came on the same page. Therefore, according to the basic law, Macau will be a part of Mainland China, and they will control it from 1999. After this agreement in April, the Macau people got complete rights as an independent nation.

Additionally, after this agreement in July, the people without Portuguese passports were converted into Chinese citizens. Then on December 20, 1999, Macau was now considered a special administrative region and came under the Chinese sovereignty. As a result, Ho Hau Wah (Edmund Ho) became the first chief executive of Macau.

There are two official languages of Macau SAR: Chinese or Cantonese and Portuguese. As it is a people’s republic of china, the first language is Chinese. But some people are also familiar with English, and most of the business work is also done in English.

The main religion in Macau is Buddish, and a minor part of the population also practices Daoism and Confucianism. But, the almost one-sixth population of Macau doesn’t have any religious affiliation.

Macau, the administrative region of Mainland China, has an excellent education system. The first five years of education are primarily done in private schools. After that, however, the government took all the sense of primary education and provided subsidies.

Most of the students get the instructions in Cantonese, the primary language of Mainland China. However, English and Portuguese are also taught in schools and universities. After the 12th year of education, students move to a university and get their bachelor’s degree.

The majority of the population of Macau earns by doing jobs in different service sectors. Moreover, few natural resources are also present to fulfill basic needs. Therefore, fishes are a significant source of economy in Macau and Mainland China.

Agriculture doesn’t significantly contribute to the economy, and significantly fewer numbers of vegetables are grown in Macau. However, chicken and eggs are also provided in Macau by poultry farms. Imports and reports are also done on the famous port of Macau.

Many food items and other goods are imported from Mainland China free of tax. Also, other imports include the trading of raw materials for the manufacturing of different goods and pieces of machinery.

Macau has significant support from Mainland China, and it is the leading trade partner. However, Macau imports about two-thirds of its power from Guangdong. In 1989, the currency regulator was changed into Macau pataca, pegged to the Hong Kong dollar.

Also, tourism is an excellent source of income that the government of Mainland China has been working a lot to attract foreign investors to Macau. Therefore, the most suitable months for Macau and Mainland China tourists are July and October.

In December 1999, Macau became an administrative region, and its control was given to Mainland China. Then China set a policy of “one country, two systems” that was very feasible for doing business in Macau and Mainland China.

According to Basic Law, the central government of Beijing has the authority to control the chief executive’s work. Then chief executive hires an executive council that has 7 to 11 members.

Different committees like “direct popular election,” “indirect election by special-interest groups,” and the chief executive appoint the members of the legislative assembly. According to the judicial system of Macau and Mainland China, the Court of Final Appeal is the higher court.

What do you mean by designs?

Designs are the formation of the combination of a pattern with different shapes and colors. Also, the pattern, shape, and color formed separately are considered in the design. These designs formation are mainly used in industries to publish their products.

Why are design patents essential?

Design patents have paramount importance in Mainland China, Hong Kong, and Macau. Therefore, whether the formation of the design is in English or Chinese, registration is a must. However, if you are working in a foreign place, you have to register the design according to their rules.

Rules for registering a design in Mainland China, Hong Kong, and Macau

If you don’t know the rules of registering a design, it can get difficult for you to perform this task. It is better to find a site for this purpose. Here, we will tell a few rules regarding design in Mainland China.

If you are incapable of doing so, the unique identity of your product’s design will be dismissed. Also, you have to pay a fine for not renewing it. Moreover, the documents required for this purpose will be the owner’s information, product, place, etc.

Any person working on a commission work can get the ownership of the design in Mainland China. In addition, the person will require an employment certificate for obtaining the right of the design.

Only a new design

Knowing the new pattern or design you will register for your company is vital. The novelty of a design is fundamental because it will work as the identity of your business.

The primary purpose of getting a registered design is to ensure that no other person can use it. Also, if someone has already used a design you want, an application should be written to Mainland China and Macau authorities.

Originality and novelty are the new main requirements for registering a design. In addition, before reporting a design and filing an application, the design mustn’t be seen or published publicly.

According to the law of patent of Mainland China, the processing time comprises the time of acceptance, examination, and grant. However, as designs don’t require publication, it is not a time-consuming procedure.

China is a much-known country that has covered a lot of success in the past few decades. However, Macau is the administrative region of Mainland China that came under the control of China in 1999.

Macau is a fantastic place with a tremendous history. The overall population of Macau is Chinese and Portuguese speaking. It is situated near a river, and most of its land comprises an island. The rules for the registration of designs in Macau have been discussed above.

Designs are the shapes and colors needed by different industries to publish their products. Therefore, the design must be new and not similar to any other design.