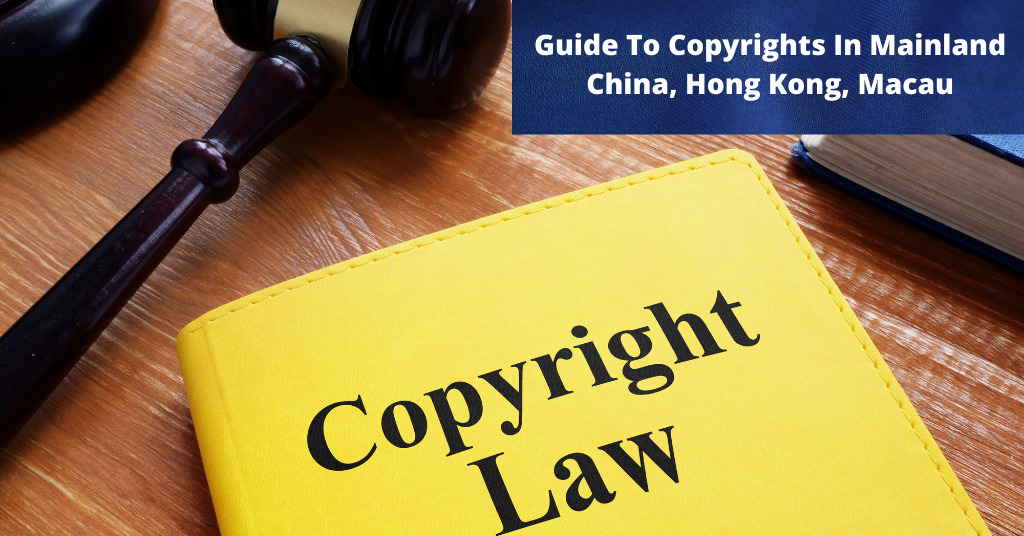 There was no law for maintaining the originality of a product, content, or any creative idea in the past. Anyone could easily copy or publish anyone’s work through other similar means. Even the original content owner didn’t know who copied their right.

But in the past years, everyone has found the need for a law that ensures that their product or original content remains original and no one can copy it for any purpose. So, that’s why copyright law came into existence.

In the beginning, this copyright law was only held in a few countries. But after some time, all countries found it essential and issued their copyright laws to make their society better. As a result, this law allows you to command your content thoroughly.

Moreover, different countries and states have different rules regarding copyright law. For example, mainland China has different rules than Hong Kong and Macau. The people’s republic of china comprises several citizens who are doing business and other work.

Similarly, Macau’s special administrative region is under the control of china and has many foreign people who are different creative works. Macau has its own rules for copyright law which allows the citizens to maintain the originality and novelty of their content.

This article will deliberate the importance of copyright law and the different criteria in Mainland China, Hong Kong, and Macau. However, before going in-depth about copyright law, we will first look at the introduction of Macau and its history of becoming a special administrative region.

The Macao special administrative region has a beautiful island area. In the past, Macao was not under the control of China, but in December 1999, China got its power from the central government of Portugal.

Macau has a solid history, and it is an island that the Portuguese primarily used for trading purposes. As a result, Macau’s port was very famous for trade, and several goods were imported and exported through Macau.

In the mid-19th century, the British colony of Hong Kong increased the trading rate in China. Then, in the 1930s and 1940s, both Chinese and Europeans started to live in Macau, and it became a separate territory for refugees.

Additionally, after this agreement in July, the people who didn’t have Portuguese passports were considered Chinese citizens. Then on December 20, 1999, Macau came under the Chinese sovereignty and became a separate and special administrative region. In addition, Ho Hau Wah (Edmund Ho) was elected as the first chief executive of Macau.

Cantonese and Portuguese are two official languages spoken in Macau. However, as it is under the control of the Chinese, that’s why the most spoken language is still Chinese or Cantonese. But, the minority of the population also knows English. Therefore, most of the work with other countries is done in English.

The main religion in Macau is Buddish, and a minor part of the population also practices Daoism and Confucianism. But, the almost one-sixth population of Macau doesn’t have any religious affiliation.

Private schools are more popular and available in the majority than government schools. But the education system in these private schools is remarkable. However, the government does provide some subsidies to these schools, and the first five years of education are compulsory and free of cost.

The economy of Macau

Service sector jobs are trendy in Macau, and most of the population earns by doing these kinds of jobs. However, few natural resources are also a great source of income that increases the economy of Macau. Due to being an island, fishes are a significant way to earn.

Macau comprises a large area of islands, so flatland is a minor area in Macau. That’s why vegetables are grown in fewer numbers, and agriculture has a very tiny role in enhancing the economy of Macau.

However, Imports and Exports are done through its famous port. Therefore, several food products and other items are imported from the people’s republic of China. Other than food items, other imports include some raw materials and machinery pieces for the manufacturing of a variety of products in Macau.

China is the leading partner in trade with Macau. Most of the products are imported from the people’s republic of china. However, the currency of Macau is pegged to the Hong Kong dollar. The constitution of Macau changed it.

Moreover, Macau focuses a lot on tourism, and many facilities are being provided to the tourists. A lot of efforts has been made lately by the Chinese and Macau government to attract foreign investors to Macau so that the business can get better.

In December 1999, Macau city became an administrative region, and its control was provided to China. For the feasibility of business in Macau and the people’s republic of china, a new agreement was made and named “one country and two systems’

Chief executive and other committees like special interest groups hire the members of the legislative assembly. According to the judicial system, the Court of Final Appeal is considered the higher court in Macau that implement all the administrative regulations.

What do you mean by copyright?

Copyright is an intellectual property that allows the ownership of works created. As soon as the owner gets the right of its original content, he gets the copyright. Now, he has the authority to put a claim on anyone who uses his work without his permission.

Copyright law does not hold on to thoughts and concepts. Anyone can copy an idea if you have created a video or a picture. It only holds on the point that the content you have used to show your thought or concept should be original.

Copyright is a part of IP rights that ensures that the designs, trademarks, and patents stay original and new. You can also find a trademark law and patent law that provides your invention and design novelty.

Patent law holds on the items or goods that have been manufactured through a new inversion. Patents show the invention of products that have come through a unique idea. The product must be created with a new thought.

Trademark is a design or pattern that displays on an item that is traded from one place to another. A trademark is significant for trading items so that they don’t get mixed with other products.

The trademark law is used to protect different symbols, names, and devices used in trade to know what source of an item is trading from one place to another. In addition, trademark law is fundamental to distinguish the device and prevent it from getting lost with other devices.

It is a legal term that supports the security of your content. Copyright law holds on to all the works that an owner creates. In addition, copyright law allows the owner to issue permission to other content creators for copying their work but under some limitations.

Anyone can be the owner of copyright. The person who creates content like making a film, writing a book, creating music, generating the trademark of a product, etc., is considered the copyright owner.

For different manufacturing goods, the industry owner will be the copyright owner. However, if more than a person is involved in generating the content, then all of those people will be considered the owner and have all the copyright rights.

Some content creators hire employees based on commission. Then the prominent owner will be the head who hired the employees. However, the employees will only get the commission of doing the work and don’t have any copyright.

Several rights are given to the copyright owner under article 10 of copyright law. Some of the essential owner’s rights are as follows.

Audiovisual works include capturing something by a device and playing it on different communication means in the form of audio and visual. YouTube videos, films, and video songs are the best examples of audiovisual works.

However, short music videos, live streaming, animation, cable programs, etc., also come under audiovisual work. Therefore, all these works are protected by copyright laws. However, if another employee is involved in creating the content, that person also has the right to copyright.

Literature works include books, articles, research papers, other means, etc. These works also hold copyright protection laws, and breaking the rules can cause the other person some criminal liability if a person has written something and published it in higher states. Then no other person can copy it same to duplicate it but can get the concept and write it in their words.

Copying the concept is not considered a violation of copyright law. Also, if any person has taken permission from the owner or any agreement between both parties, it will not violate copyright.

In Hong Kong, there is no registration required for copyright, and it will automatically start to apply to the work after getting created by the creator. Article 139 and Article 140 of basic law deal with copyright law and its protection.

Not only are the authors protected by copyright law, but the copyright law also protects the producers, broadcasters, and editors’ works in Macau. If anyone violates copyright law, he or she will be responsible for all the legal acts.

Similarly, in Macau and Hong Kong, the copyright law is similar to China. All the cinematographic works, literature, artistic, computer programs, drawing and painting, architecture, and other similar means will be protected from publication until 50 years after the creator’s death.

However, if the work is not published within 50 years of creation, it will not be protected by copyright law. This rule is applicable in almost every administrative region of the people’s republic of china.

Copyright is currently the most demanded right to work worldwide. Even if you are writing a single article or creating a 1-minute film, your content must remain original, and no one should copy it. Also, the copyright law protects the novelty and provides several commands to the owner.

Different places have different rules for copyright law. For example, Macau is an administrative region under the authority of China. The majority of people are Chinese citizens and do serval kinds of business and jobs to earn.

The copyright law holds on to almost every work, from audiovisual works to literature works. Moreover, copyright law protects the originality of the content even after 50 years of the owner’s death. Therefore, if someone copies the original content, that person will be responsible for criminal liability.