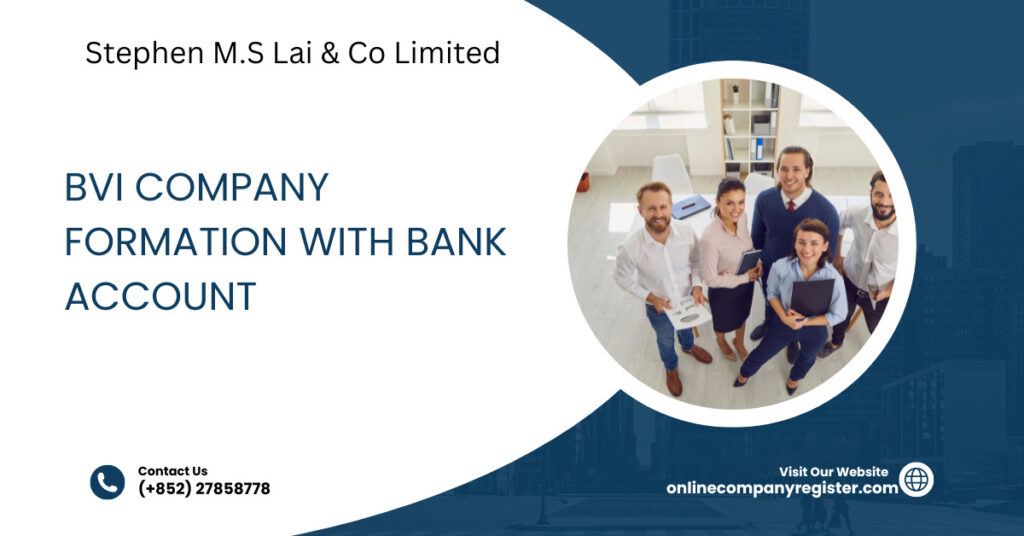 There has been significant growth in the offshore financial services industry in the British Virgin Islands ever since 1984 when the country passed laws allowing for the formation of International Business Companies (IBCs). The popularity of the jurisdiction increased even further after the IBC Act was repealed and replaced by the Business Companies Act in 2004.

Legal norms are derived from English common law and augmented by municipal statutes. Except for the yearly government license fee of USD450 for firms with an authorized share capital of up to 50,000 shares, no taxes are placed on businesses. If a company fails to pay its license fee by the due date, it will incur fines and be dissolved five months later.

No limits are placed on the inflow or outflow of cash in this jurisdiction. Each business incorporated in the British Virgin Islands (BVI) must use the services of the cheapest BVI company formation agent and registered office in the BVI.

What is BVI (British Virgin Islands)?

The British Virgin Islands is a jurisdiction that is well-regulated and extremely popular, and it is in this jurisdiction that a huge number of businesses are being founded and managed for a variety of international commercial reasons. It is an outstanding jurisdiction for “companies.” On the contrary, the same cannot be said about its financial industry.

The British Virgin Islands offshore company is not a financial center, and not many local banks truly serve the needs of the international business sector. There aren’t that many, and their offering, both in terms of the breadth and depth of their services, isn’t spectacular.

However, this choice is not necessarily the most advantageous one. Many offshore business owners manage the firms by themselves and create the offshore accounts independently, either in a location or with bankers they may already be familiar with.

How To Incorporate A Business In The British Virgin Islands?

The procedure for incorporating a business is not complicated, although there is no specific timetable. If you’ve handed over all the necessary documentation, everything should go down without a hitch. The following is a list of the actions that must be taken to British virgin islands incorporation.

When a british virgin islands company formation the local government mandates that you have a BVI company registering agent registered with the BVI.

You must establish a business bank account before you can get your company up and running in any capacity. Before moving on to the drafting of the company documents, this phase needs to be finished.

Simultaneously, you will be required to design the Articles of Association for the company and the information regarding the firm’s founders and the registered agent.

The Companies Registry must be given the completed papers once it is complete. If you’ve been permitted to open for business, the next step is discovering if you need further licenses. The Financial Services Commission issues such certifications. One or two days is a possible time frame for incorporation.

British Virgin Islands legislation does not mandate annual shareholder meetings for newly formed businesses. Any amount of shares up to 50,000 can be issued in exchange for cash or other considerations by a firm. There is no need to file an annual report or review your finances.

Establishing and maintaining a BVI business structure is simple because the territory no longer requires yearly reporting or tax filings. That’s why they’re so much cheaper. BVI offshore company formation is a breeze because of the abundance of qualified legal professionals.

The British Virgin Islands (BVI) is a well-liked option for offshore clients hailing from China, Hong Kong, and Taiwan because it is possible to register BVI companies with names written in Mandarin Chinese.

Businesses may feel secure knowing that their data is protected in the BVI. The registered agent with whom IBC registers must have access to information about the company’s beneficial owner, although there are currently no legal limits on publicizing this information. The Register of Directors is the sole document about this issue open to the public.

Only in response to a valid request, such as a TIEA from another country, are BVI-registered business agents obligated to reveal the identity of a company’s owners. Another way the BVI helps maintain privacy is by allowing Trust Structures to be used by IBC business owners. It happens that a trust owns an IBC that BVI VISTA Trust administers.

Why Register A Company In British Virgin Islands?

The British Virgin Islands (BVI) is a desired and well-liked location for forming offshore companies, conducting passive commerce, and keeping investments. It is an attractive country for firms that conduct business in the British Virgin Islands (BVI) due to the ease with which it may be established, the territorial tax system, and the variety of structures it offers.

If you are looking for a straightforward corporation to retain your assets rather than maintaining them in your name, you may consider the british virgin islands company register. Among the numerous benefits of the British Virgin Islands (BVI) as an offshore location for business formation is the ease with which an IBC may be established.

New IBCs in the BVI only need to designate one director and shareholder, and they can be of any nationality. It is in contrast to many other financial centers. An annual meeting need not be conducted in the British Virgin Islands (BVI) and may be held in any location.

I. Do Bvi Companies Have To Prepare Accounts?

II. How Much Money Is Needed To Launch A Company In The British Virgin Islands?

The initial year of incorporation will cost US$5,850, and subsequent years will cost US$750. The average cost of a BVI engagement is US$16,842. This sum covers company formation, opening a bank account for BVI company, and paying applicable taxes or other fees to the relevant authorities.

III. Does The BVI Corporation Have To Pay Taxes?

The British Virgin Islands does not impose any company tax. Companies established by residents and employing residents pay the sole taxes. No local operations = no tax liability for BVI incorporation. Infrequently, companies with non-domiciled owners file paperwork with the government.

IV. How Do I Name My BVI Corporation?

When forming an IBC in the British Virgin Islands, it is customary to include the appropriate suffix, such as “Limited,” “Corporation,” “Incorporated,” “Société Anonyme,” or “Sociedad Anónima” in the business name. A firm cannot be named the same as or too similar to an existing business, nor may it use a name that implies it has the support of the British Virgin Islands monarchy or government.

V. What Benefits Does A BVI Business Offer?

VI. How Many Directors Does A BVI Corporation Need?

To form a BVI company, you need at least one director. The director is allowed to be the only shareholder, and the director is the ultimate beneficial owner (UBO). A BVI business might have a single individual or legal entity as its only member. In particular, only a publicly traded company can serve as the UBO.

The British Virgin Islands (BVI) is a highly sought-after and often utilized location for forming offshore corporations, conducting inactive business, and storing investments. The low cost of starting a business there, the favorable territorial tax system, and the variety of available structures make the British Virgin Islands a desirable location for international enterprises.

If you’d like to avoid having your assets listed under your name, a BVI corporation is a straightforward corporate structure you might look into. One of the reasons the British Virgin Islands (BVI) has become so popular as a financial hub is that it does not need the directors and shareholders of new IBCs there to be locals. Also, yearly meetings are not required to be conducted in the British Virgin Islands (BVI) and can be held elsewhere.

Company Formation in Ireland for Foreigners in 2022